It took ten freaking years for someone to figure out I’m not bipolar. 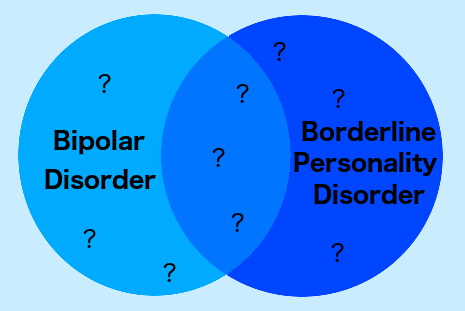 I was diagnosed with a mood disorder at the age of 12 by a children’s psychiatrist who gave me lithium, which was about as useful as taking Tylenol for an amputated leg. When I outgrew her, I started seeing a very expensive doctor who insisted on pitching medication after medication at every symptom I complained about, until I was taking six or seven heavy psychotropic drugs at once, none of which took care of any single problem I was having.

And that sucked. So I sought help in bipolar support groups to fill in the gaps that meds couldn’t reach. But I couldn’t relate to anyone in group; I listened to every kind of person tell stories about how depressed or how manic they’d been that month, always curious (but far from anxious) to know what it felt like to be truly manic, because I had never experienced anything even close to it. I also wondered what it would be like to feel the same way for more than six hours at a time, let alone a whole month. And also, why was no one else mentioning that frequent feeling of checking out from reality, like the world doesn’t exist? Or an overwhelming sense of emptiness even when they aren’t depressed? Fear of abandonment? Black and white thinking? Anyone?

Desperate, I started throwing suggestions about additional diagnoses at my negligent psychiatrist. I still believed I was bipolar – how couldn’t I be, after so many professionals had come to that conclusion over the years? But there must be some other problem going on, too, to explain my recurrent relationship issues and gaping hole of a personality and everything else I’d never heard bipolar people consistently talk about.

He rejected all of my ideas, one by one, month after month, but offered no help in the search for the right label.

“Well am I autistic?” I begged sincerely, out of ideas, and I swear he stifled a laugh.

Offended and exhausted, I decided to opt for a change in my care plan. That’s when I found a new psychiatrist: Dr. B.

He was the first doctor I saw after my experience with the previous one left such a bad taste in my mouth. I shuffled into my initial two-hour appointment with Dr. B with moderate hopes and curbed expectations. I still felt like I had some horrible mystery ailment in addition to bipolar disorder, but it wasn’t like some angelic diagnosis that fit me perfectly was going to fall out of the sky and hit me in the back of the head in a freakish miraculous accident. That doesn’t happen, I was sure.

45 minutes into our first appointment, Dr. B said the invaluable words that no other doctor had ever been able to say to me, words that I had needed to hear for ten years: “Has anyone ever told you that you have borderline personality disorder?”

I have never been bipolar*. I have always been borderline**. But I lived with a bipolar identity for every hour, every minute of ten crucial formative years; I read all the books; I did my research. I know the experience of being bipolar, as well as anyone who doesn’t actually have the disease could. And so I know how important it is to be able to tell the difference between an illness you have, and one you don’t.

At a glance, distinguishing between borderline personality disorder and bipolar disorder may seem like splitting hairs, because at their cores the diseases overlap so dramatically. Sufferers of both diseases undergo chronic and serious fluctuations of atypical and potentially dangerous moods. In bipolar disorder, these damaging moods lie on a spectrum that spans from depression to sometimes life-threatening mania. For people who suffer from borderline personality disorder, the moods range from depression to periods of intense, energetic impulsivity that look similar to mania, but do not quite meet all of its criteria. (If you qualify for a diagnosis of borderline personality disorder and you’ve experienced true mania, you may also be bipolar, which is the very unfortunate and confusing reality for many people.)

It ends up being crucially important to know the difference between these illnesses if either one is a player in your life. First of all, the two diseases are treated differently. Bipolar disorder can often be contained pretty well with mood stabilizing medications, since mood is the primary domain in which it affects a person. Borderline patients, however, often need to take more and varying drugs to control their disorder, because their symptoms are more prolific. (The specific genetic and environmental causes of both bipolar disorder and borderline personality disorder remain, for the most part, a medical mystery, so in many ways each disease can only be treated at the level of its symptoms, not its inherent cause.) Lithium, for example, is the go-to anti-bipolar drug; someone with borderline, however, may respond better to an antidepressant like Prozac, which doctors are sometimes hesitant to prescribe to bipolar patients. Hence the significance of knowing which diagnosis better applies to you.

In addition to responding differently to medicine, the disorders have varying psychotherapeutic treatments. Easily one of the best starting points for effectively treating a symptom is knowing what causes it, so that therapy can target the problem at its core. Bipolar sufferers might feel better if they treat whatever environmental triggers agitate their mania and depression; borderline sufferers more likely have to learn what triggers their anger, dissociation, and relationship issues, or whichever combination of problems affects them. (For this, I highly recommend dialectical behavior therapy, a skills-oriented, usually group-based therapy developed specifically for those who suffer from borderline personality disorder). Any symptom of any disease requires its own type of therapy, because each one has a different biological and environmental cause. So it follows that selecting the right therapy often depends upon receiving the right diagnosis.

So how does anyone tell the difference between bipolar disorder and borderline personality disorder? For one thing, bipolar moods usually don’t change very quickly. For most bipolar people, it takes much longer than a few hours for episodes to shift from manic to depressed and back again. In fact, if a person’s moods cycle between depression and mania four or more times a year, it’s considered a rapid-cycling disorder. One major mood shift every three months is considered fast in the world of bipolar disorder. And even hypomania, which is a gentler, somewhat calmer and less damaging mood state than full-blown mania, has to last at least four days to qualify for diagnosis, according to the big book of mental disorders, the Diagnostic and Statistical Manual-5.

I have never been in the same mood for four days in a row (unless that mood is angry, which I was every day for three years in middle school, but that’s a borderline symptom too). Even my deepest, longest-lasting depressions are permeated with hour-long episodes of spontaneous energy and strange, unprompted motivation (“I’m gonna buy $70 worth of lettuce and eat salad with every meal for the rest of my life”). Those moments aren’t always enjoyable, especially when that weird, unprovoked energy mixes with my bad mood – but they frequently break up my depressions, so that my mood is constantly in flux. In other words, the way I feel cycles very, very quickly. Sometimes it only takes minutes for my mood state to change into its opposite, and then back again, several times a day.

And my doctors didn’t catch onto that fact for a decade.

There’s another subtle difference between bipolar and borderline that they should have noticed in me, too, and it regards stability of symptoms. Bipolar disorder is unstable: the affected person does not always experience symptoms. After going through depression, mania, both, or something in between for some amount of time, a bipolar person’s symptoms will often naturally fade, and stay that way for a while. They’re granted a certain amount of relief from diseased mood, and feel normal. The dangerous and upsetting moods do often return, but not immediately.

Borderline sufferers feel no such respite. According to the DSM, the disease is constant: “The impairments in personality functioning and the individual’s personality trait expression are relatively stable across time and consistent across situations.” Borderline afflicts across circumstance, and does not fade into remission spontaneously (meaning without therapy, drugs, or some other kind of effort on the patient’s part) like bipolar disorder does. When it’s allowed to run its course without resistance, it is stable.

Which isn’t to say a person with borderline personality disorder never feels normal. We do – just not for long. We experience happiness, and joy, and satisfaction; but what’s important to understand is that those things don’t stick with us consistently before shifting back into a set of feelings that are at least mildly uncomfortable, like fear of abandonment and emptiness and anxiety. Mood states, including healthy moods, have to possess some amount of staying power to count as either a mood disorder or as remission. When someone with borderline experiences six hours of pleasure, it’s not remission. It’s just a positive moment in a broader fluctuation of mostly negative moods. A fluctuation that, when compared to mood changes brought about by bipolar disorder, can be drastically different yet infuriatingly subtle.

In addition to these treatment-based arguments for finding the right diagnosis, it’s important not to underestimate the daily despondency that accommodates living under the title of the wrong disease. No one in your support groups can exactly relate to you. You feel out of place even among those who feel out of place. You don’t know who you are when the DSM tells you that you’re something you’re not. If my doctors had known the difference between borderline personality disorder and bipolar disorder ten years ago, I could already have made ten years’ more progress in fighting my disease.

*I’m probably not bipolar. I still could be, if I were to experience my first mania. Unlikely, but it does happen.
**The most common abbreviation for “borderline personality disorder” is “BPD”, but since those letters could also stand for “bipolar disorder”, I refer to it simply as “borderline” in this article.

16 thoughts on “Borderline Vs. Bipolar: What My Doctors Should Have Known” 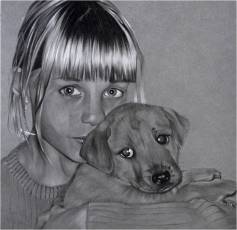 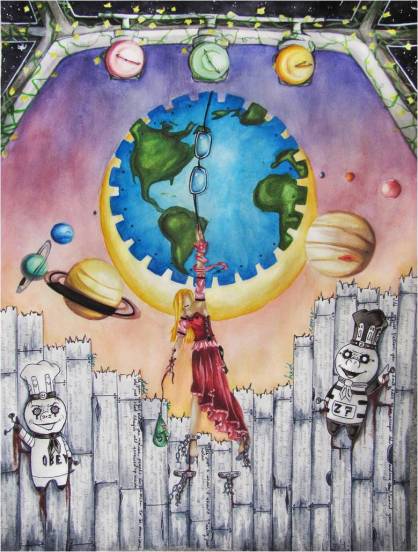 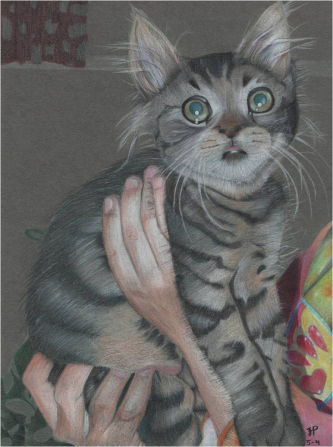 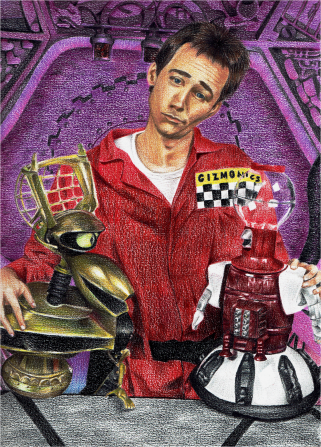